Aaron Gratzmiller is a saxophonist, composer, and private instructor based in Boston, MA. His energetic playing and stylistic versatility has helped him become one of the most active performers in New England, sharing the stage with notable artists such as Kurt Elling, Antonio Hart, Robert Villera, and Matt Savage among others. He has been featured on the Nikhil Hogan Show, Boston Voyager Magazine, and has made numerous TV and radio appearances.

Aaron grew up in Pittsburgh, PA, where he began studying the piano at the age of 6. A few years later, he began playing the tenor saxophone in his elementary school band, and quickly developed an interest in Jazz. His early influences on the saxophone included John Coltrane, Michael Brecker, Stanley Turrentine, and Cannonball Adderly. He continued taking lessons on both the saxophone and the piano through High School, when he began sitting in at local jazz jam sessions. Pittsburgh’s vibrant jazz scene awarded Aaron the opportunity to learn from greats such as Sean Jones and Roger Humphres, as well as local musicians. During this time Aaron developed a love for the hard bop style of jazz, in which many of the local musicians were well versed.

After high school, he majored in music at Slippery Rock University of Pennsylvania and later Berklee College of Music in Boston, MA, graduating from Berklee Summa Cum Laude in 2011 with a Bachelor’s Degree in Music Performance. At Berklee, Aaron was introduced to music and musicians from across the globe, and was able to learn from esteemed artists and educators such as Dino Govoni, Oscar Stagnaro, Ed Tomassi, Phil Wilson, and too many more to name. The influences and experience Aaron gained while at college fostered a more modern approach to the saxophone, which enabled him to play in many different styles.

Since graduating, Aaron has acquitted himself well in a wide array of musical settings. He has played on several professional recordings in styles ranging from rock to Venezuelan jazz fusion. Aaron currently performs with a several bands around the New England area and on tour. Some of these include The Matt Savage Groove Experiment (jazz Fusion), King of Hearts Band (top 40), as well as his own projects.

Along with trumpeter Wayne Pearcy, Aaron currently co-leads the Pearcy/ Gratzmiller Jazz Quintet, a project that combines traditional hard bop jazz with modern elements. The group has been featured on Brian Kerby’s Emmy nominated show 502 Sessions and 90.5 WHRB among others. The Quintet released it’s debut album Over the Edge in fall 2018, which has received critical acclaim in several online publications including Something Else, Jazz..u, Audible Addixion, and Vinyl Chapters. Aaron played tenor, alto, and soprano saxophones on the album, and composed 6 of it’s 10 songs.

Aaron also teaches private lessons and ensemble classes at Cambridge Arts Academy (Somerville, MA) and North Main Music (Nashua, NH). He is Director of Arts and Education for the New England Jazz Enrichment Foundation, which seeks to “serve [New England] communities by providing opportunities for the exploration of the world of Jazz”. The foundation organizes and runs the Worcester Jazz Festival in addition to other community programs.

Read more about Aaron in his interview with Boston Voyager Magazine.

When I was around 12 years old, my private saxophone instructor found out that I liked Jazz and made two compilation discs for me. One CD included tracks influential alto saxophonists in chronological order from the swing era through the present day, and another one that did the same for tenor players. I loved hearing the music evolve as each track passed, and listened to each disc many times over the next few years. Aside from getting a very general history of Jazz saxophone, I also became very attached to the Hard Bop style. I found it easy to connect with with the bluesy melodies and energetic, fluid approach to improvisation that characterized Jazz artists at the time. Co-leader Wayne Pearcy and I try to maintain the spirit of hard bop in my current project as a co-leader, The Pearcy/ Gratzmiller Jazz Quintet, while mixing in elements of modern jazz and concert music into the compositions and improvisation. Some modern elements that characterize my work with the quintet include unusual forms, odd measure phrases, cycles, and a mixture of tonal, modal, and constant structure harmonies. In co-creating and releasing “Over the Edge”, the group’s debut album, I have developed greater maturity as a saxophonist, composer, and collaborator.

I think Jazz is the most diverse music out there, and has something for every listener's taste. My advice for anybody looking to get into Jazz is to learn about the history of the music and listen to the music evolve through different decades. It takes a little bit of time to start at the beginning, but I think it makes music discovery so much more rewarding! 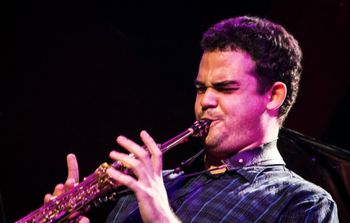 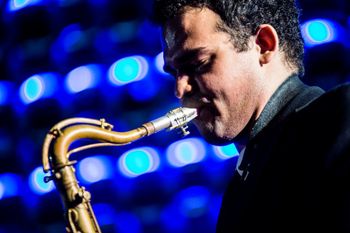 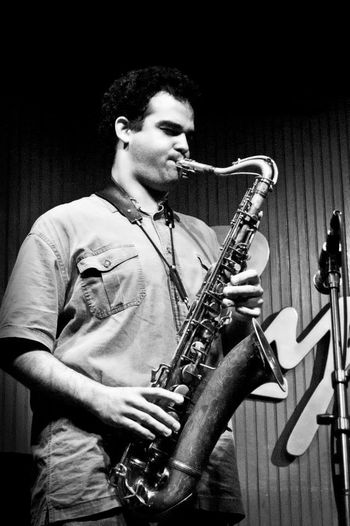 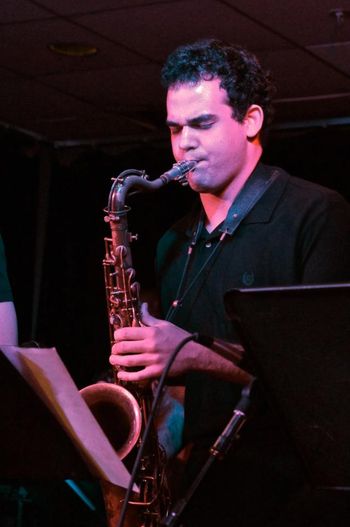 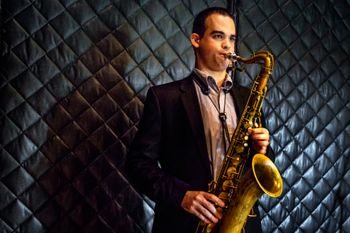 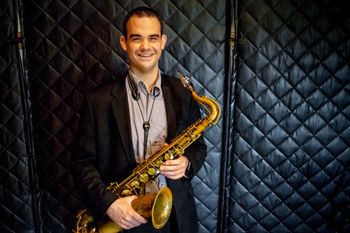 -Over the Edge (The Pearcy/ Gratzmiller Jazz Quintet), 2018

TV, Radio, and Other Media Appearances

Find me on All About Jazz.